Whether you name it as HECKDAY,  HECKFEST, or CODEFEST;  Hackathons have always been admired by both techies and businesses. And! over the past couple of years, numbers of hackathon took place all over the globe.

Indeed, these events are outstanding playground for people having technical expertise and innovative approach; people who are inspired to do something great and test their skills in the heat of competition.

In a nutshell, Hackathon is an event in which techies including programmers, UX/UI designers, graphic designers, and others code to bring a unique solution from scratch. Generally, these events happen in the form of mobile apps, robots or websites.

These events offer a place for creativity and self-expression through technology and create a healthy ground for people having different technical background; so that they can come together and work collaboratively. To create the same zeal and place for creativity & innovation, TECHHACKATHON at Techugo has been kicked off Saturday 13th July 2019.  The event took place at our premises, so take a glimpse of the event.

Before, you directly see the day there is lot more to know. The preparation of the event had started two weeks earlier. And! our techies from different streams came together to form four teams: App Monsters, Debug Thugs, Runtime Terror, and  Black Pirates.

The previous two weeks were full of excitement and zeal, designers made videos for their team intro. Every team expressed its enthusiasm and excitement differently. But the battle was way ahead, and the team held their breath on the late dawn of Saturday, 13 th July.

At 7:15 AM, Captains of the teams, and all the member were sitting on their workstation, waiting to get the project information. Right at 7:30 team leaders gathered in the conference room to get the knowledge transfer from the managers. 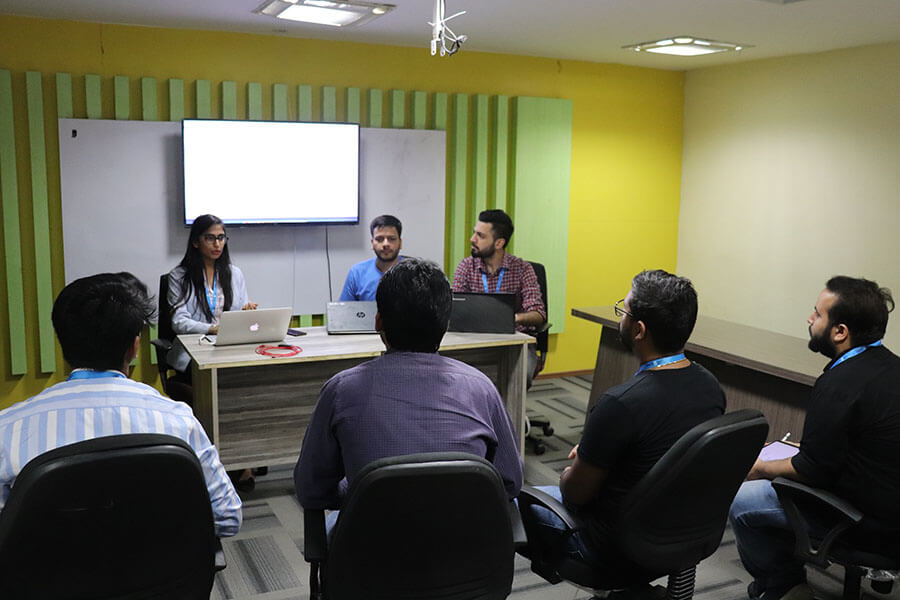 When some were curious and confused to know about the task, many hearts didn’t skip a beat during that time, outside.

While during the KT session, team leaders were actually seeing the war course, and problems lying ahead to be solved.  The toughest time for team leaders, as everyone was collecting the project requirements very first time.  With courage and hope in their heart they understood the project needs.

At 8:00 AM, They all were standing with their teams, explaining the project & needs. The task was to make a mobile application, that can enable users to secure the application development assistance. The team leaders explained the task to their teams, comprising iOS developers, android developers, designers, backend developers, and content writer. They had to design an app, with robust backend system, with other specific domains. 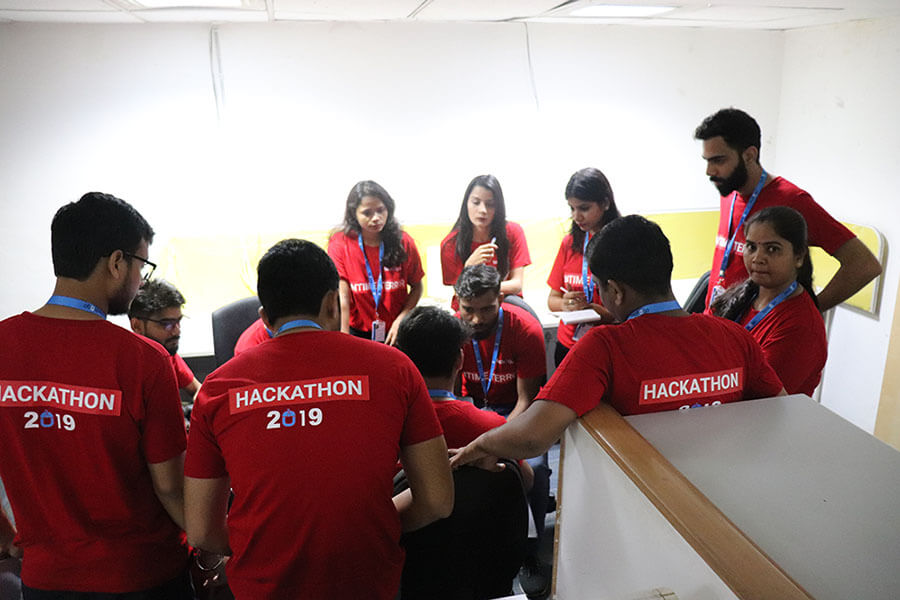 After a spirit expression, they all hit their workstation, having supply of systems and devices. It was quite challenging for the teams of 14 to manage with only ten systems. But! doesn’t it call real battle of self-expression and collaboration? So, they prioritized the tasks and competition began with the very first phase -DESIGNING. 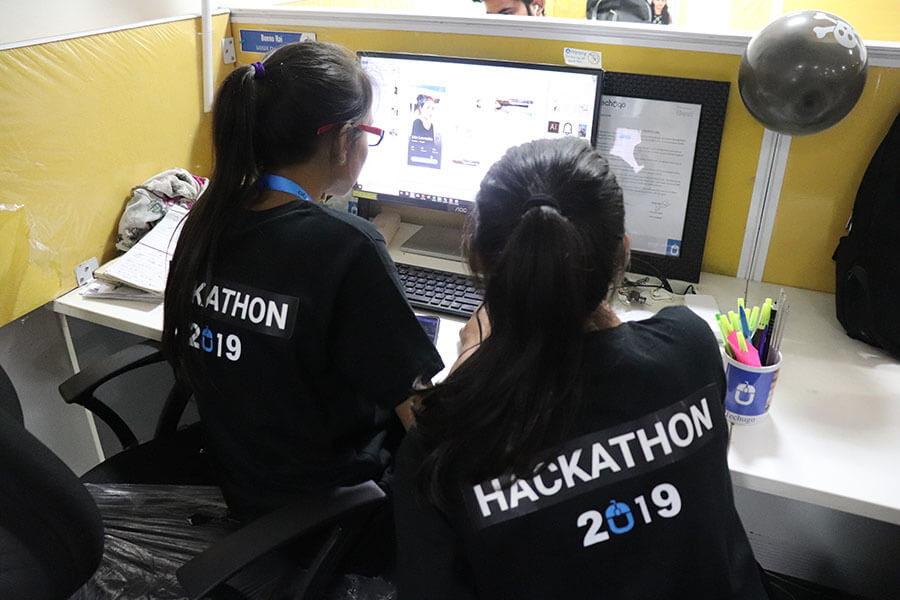 Designers began the designing and developers began to set up the libraries to initiate the project development. For beginners, the tasks were bit more challenging than experienced ones, but they did hold their courage and shoot the development and designing.

With loud cheers and howls, the temperature of floor begun to rise. Everybody was striving to win the battle, and it was reflecting in their eyes. 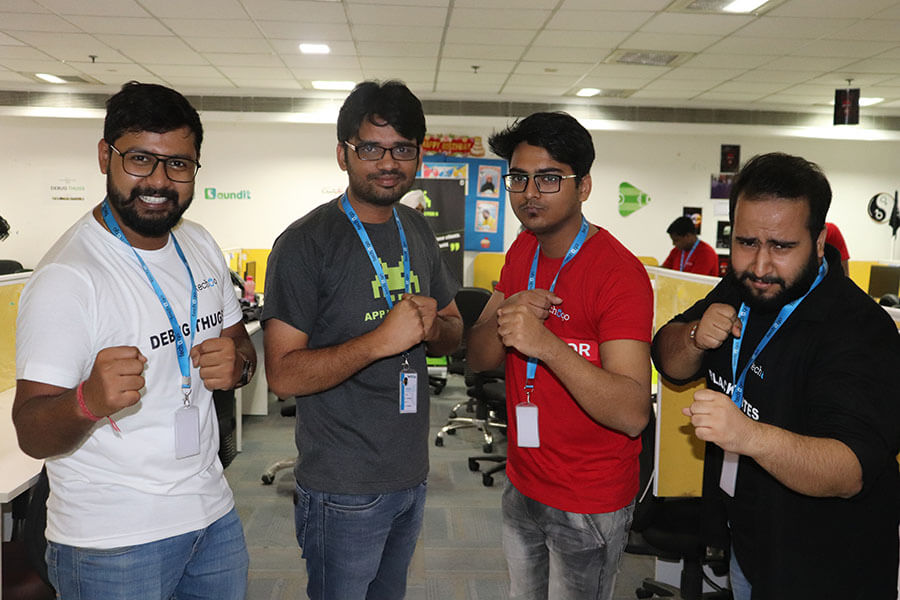 By 12:00 PM,  The designers handed over the initial pages to developers and they started shooting UI, while designers kept on designing other domains of the application. Synchronously, backend developers began to set up and code API for pushing the content and images into the application.

Designing an alluring admin panel was the biggest challenge during the development, as it shows the real potential of the application. Therefore, the backend teams were struggling in two phases, from creating user-friendly admin panel to set up precise validations.  The task was arduous, though the spirit was high.

Amidst the recurring cheers, teams were struggling hard with the codes.

By 3:00 PM, Developers were completely overwhelmed with coding stuff, and the designs have started to show collaboration with the code. Teams had crossed initial implementation phase, and coding with unit testing was  taking place. 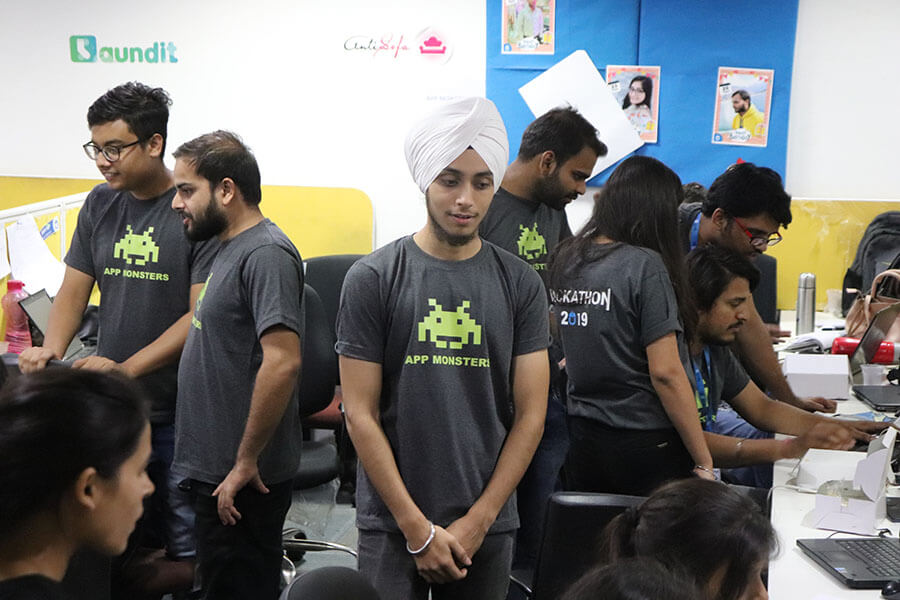 Developers were working hard to implement the application screens. While content writers have started writing content for different screen. With the limited resources, everyone was striving to carry out the task, while team leaders were striving to keep manage the hassle. It was getting very hard for the teams to work in pressure, as time was running and a lot was there to implement.

By 6:00 PM, The clouds of fear has started gathering over their heads, and the time has started slipping out from their hands. The application was still under development, and they started to wrap up the final product. Developers quickened the coding and implementation, of final app stages. And Designers gave the images and icons to push in the application.
Backend team had created responsive admin panel and started pushing the content and images.

By 7:15PM,  The testers have received the final application and started automation testing. By the time, the room was full of mix emotion, but the howls were loud at this moment. When the developers were fixing the problems in the application and others were having selfies with each other. 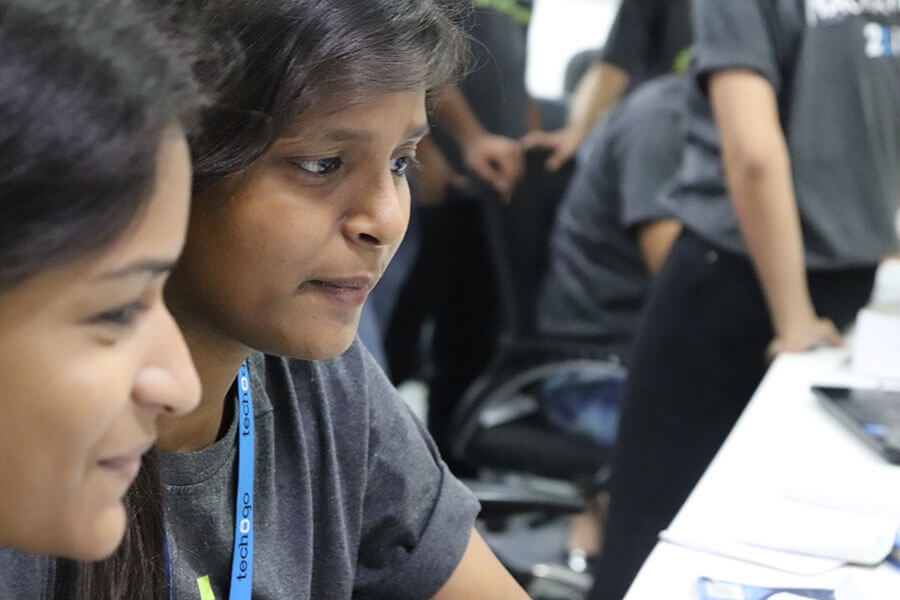 Victory or defeat, the smiling faces were reflecting struggle, hardship, and excitement at the same time.

At 7:55PM, Developers created the final project build and started wrapping up the mail to send the final application.

At 8:00 PM,  Finally all sent the final project and gathered in conference for sharing well wishes and enthusiasm.

With outbursts of laughter and teasing, the competition ended at last streak of twilight. Everybody mingled with each other shared love and affection, without the thought of victory or defeat.

Surely, the moment that they shared is the real victory. 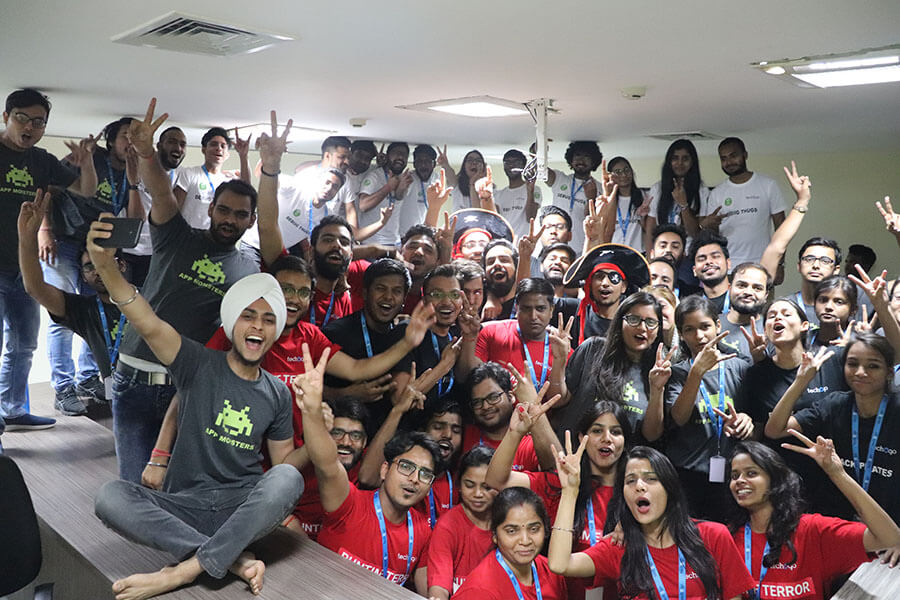 Though, the result has to declare.  It will announce soon. However, the event was amazing. To know more about more hackathon highlights, stay tuned with us.