THE PRIDE TALK: It’s Time to Break The Taboo! 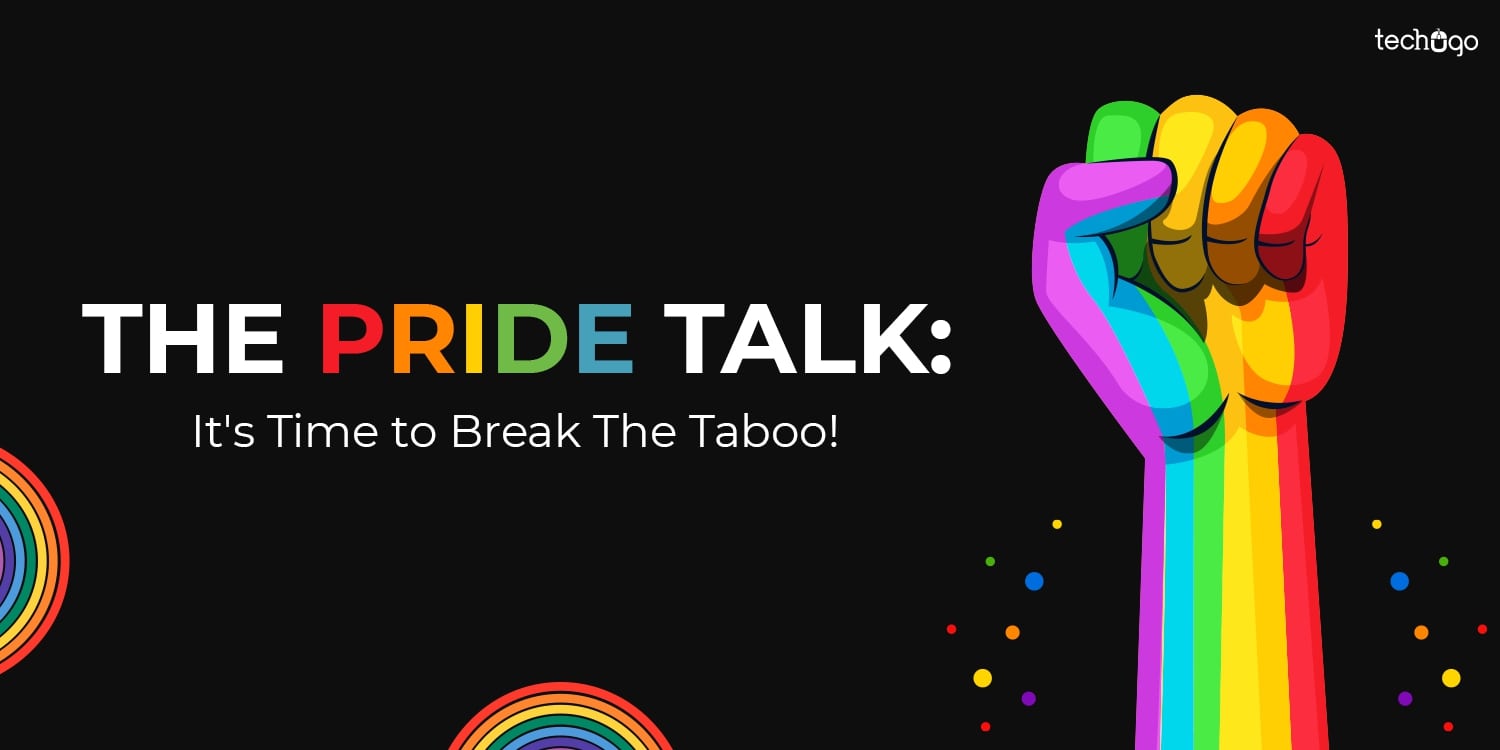 PRIDE is not just a month; It’s a way of life.

Think about how far we can go as individuals when we start celebrating this pride each day, each month, and each year by simply fostering a culture of safety, inclusion, and safety for our LGBTQIA+ community.

While breaking out of the mental boxes, Techugo initiated positive changes and brought transformation by creating space for a community that deserves to receive love more than they could ever receive hate.

It’s not always the ‘Gender Behavior.’ We have to understand it now to create a fair world for everyone. So, let’s break the taboo together because it’s only through togetherness we can make a beautiful impact on the world.

Be A Change Leader!

Turning yourself into a change leader is not that difficult!

Trust us; you just have to initiate a favorable step towards a beautiful change. Just like we did at Techugo. On the 6th of October, we executed a small workshop to enlighten our audiences about the struggles the community face.

To be honest, we did not think that ‘The Pride Talk’ would prove to be this impactful; however, it made everyone attentive and curious throughout the event.

But yes, we did it impactfully!

We have realized that it’s high time to unite as a community to fight and strive for equality to make a better world for everyone.

‘A small change can create huge differences.‘ So, what about a positive change that lets everyone live peacefully, irrespective of which community they belong to, how much wealth they acquire, and where they come from?

It should be no problem when a male likes putting on eyeliner or a female is attracted to another female.

Do you feel the same?

We Know About Them, But, We Don’t Know Much About Them!

It’s not a surprise, right?

We know only the things about them that society thinks. But do you think judging people based on various perceptions is right? You would definitely feel bad when people start judging you on the same basis instead of coming and talking to you personally.

That’s why interaction & communication is significant.

Techugo allowed its employees to interact with the community members, ‘Anaam‘ and ‘Swara.’ Not only we heard their stories, but we also feel inspired by their fight against cruel discrimination.

Irrespective of the publicly expressed hate comments in school, on the streets, or in the workplace, they did not let their morale down and took immense pride in who they were.

Still, today they celebrate this joy while crafting a world where each individual feels the power of self-love and self-pride. These two individuals brought a new wave that has shaken the ‘Gender Foundation’ laid by the world.

A Call for Increased Education and Awareness!

We are all equal. Therefore, sexuality should not be the only factor determining a person’s value.

Although the law has passed, people still neglect it.

Do you know why?

Because of the lack of awareness and education campaigns! Although Techugo has initiated its first workshop, there will be so many in the future to increase awareness more effectively.

We believe that the quality of the workforce is not only determined by the number of experiences the company has but also by its employees’ actions towards each other.

With this small workshop, we tried to bridge the communication gap between our audiences and the community people. The more people we reach, the more powerfully we increase education on this sensitive issue.

Techugo urges every workplace to emphasize this small change to create a better world.

So, let’s come together and support this initiative.