F8 – A Platform To Give Everyone A Voice

Facebook has always been on top of my favorite list of social networking sites, due to numerous reason, but the reason I chose today to write about FB, has got some different reasons. The word struggle, would shrink to 8 alphabets only, if I share the saga of my struggle here, though it’s not the platform to discuss the amount of sweat and blood I shed while establishing Techugo. But to give a start to my writing, some description is very much needed…establishing a startup with only determined goals, but no moolah aspect, was certainly not a plum job offer, but my efforts and my team, along with, the best wishes of parents, dipped with God’s grace, helped me to evolve. But I can’t deny a fact, social networking sites, and especially Facebook boosted my business and helped it to reach globally. I got my first interaction with Facebook, somewhere in the year 2006, more as a naïve, who did use it to flaunt what I had, which gradually transformed into polished and the précised voice of an evolved individual.

The year 2015, turned out to be a turning point in my life and restored my faith in TRUE relations, not the relations for the name sake. I remember, it was a time when I strived to conquer and ended up today as a winner, it was not merely my set of efforts which lent me, a renowned title of a CEO but somehow FB played my best buddy, to help my vicinity to understand and voice my pain, my struggle, my ambitions and most importantly my intentions, but there were always few features, an entrepreneur, like me, always longed for, but was always left in the lurch.

But 2016, proved as a blessing for the brood of developers in all over the world and “ME”, as a CEO of a mobile app development company, Techugo. F8 commenced in San Francisco, from 12th Apr to 13th Apr. As expected Mark Zuckerberg, gave a speech on FB 10 year old tech-filled journey, followed by the tech announcements, and the star of the show this year was Facebook Messenger. The company unveiled Messenger Platform, which lets anyone create bots for the app, and launched a few for users to try on the spot.

Facebook next announced a handful of new tools to make navigating the Web more intuitive. Such tools include an Account Kit,  so users can log into any service with just their phone number or email. There are also updates to Analytics for Apps which aims to help developers gain more understanding of their users’ demographics, such as their age range and what time they tend to make in-app purchases. They can also target notifications to these users for higher engagement rates.

Facebook showed off its latest unconventional equipment for bringing better Internet connectivity to more people. There are two new projects: the Terragraph antennas for distributing gigabit Internet in densely city environments using both Wi-fi and cellular signals, and the Aries array of radio antennas, for delivering wireless signals to devices in rural areas, where receiving 4G LTE connections is an impossible task.

A quote sharing tool, this feature will let users share quotes they find on the web or in apps with their Facebook friends, also, a new Save Button will let them save articles, videos, websites, and other types of content outside of Facebook. Hashtag sharing lets developers suggest hashtags when users compose messages from the Facebook app, needless to say these two are the features, I always wanted to have within Facebook to save my time.

Going further, Facebook unveiled a $30,000 camera design that can shoot 8K videos in 360-degrees. Also, Facebook announced a new selfie kit that includes six beta partners to help users spice up their profile videos. Facebook announced a set of partners for its live streaming product and opened up its live API, which it plans on building out in the next five years.

To wrap up, I would only say, FB has vanished the super impractical approach of reaching global in an alluring and impressive way… with an interactive roadmap to connect everyone and to give people new ways to share using artificial intelligence and virtual reality.

iPhone 14 Series Launched: Is It Worth It?

The most awaited announcement of the year is here!  Apple concluded its event with the launch of its best iPhone Series that are bigger, better, an.. 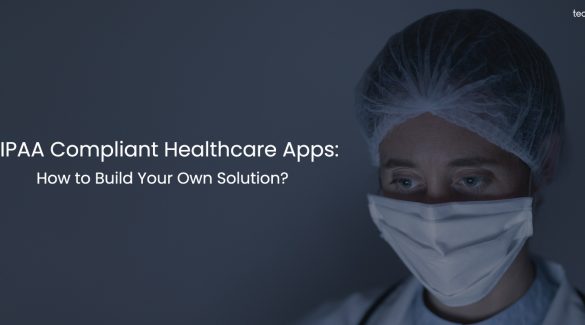 HIPAA Compliant Healthcare Apps: How to Build Your Own Solution?

The onset of Covid-19 will not only be recorded as a global diagnosis but also as a period of the powerful influence that makes the world fight agains..